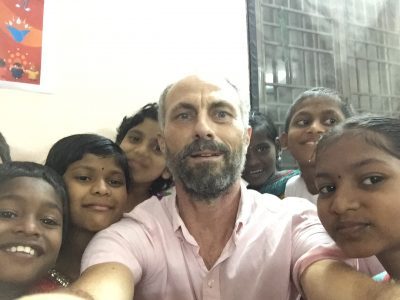 Is there anything in the world of healthcare more divisive than the subject of vaccines? It is a window into not only the incredibly complex and intelligent interplay of physiology and immunity, but also the relationship between populations and disease, and last but not least, the nexus of science, critical thinking and propaganda.

What we have seen is that more people relate to the vaccine issue as a belief system, rather than from a scientific point of view – that is, from observation of actual data. We at New Leaf are committed to living in reality, and so any perspective we offer on the subject of vaccines is based on science (observation), not fealty to any particular belief system.

In our view, based upon years of research, observation and experience, vaccinations are one of the single-most harmful medical interventions that one can participate in. Many other thoughtful individuals have come to a similar conclusion. What is fascinating are the virulent reactions drawn by such a position – again, one based solely upon scientific research, observation and experience.

To describe thoroughly the reasoning behind our position would take many, many pages; a shorthand version is that, although vaccinations may or may not perform the disease abatement function they are intended for, they most certainly bring with them a plethora of (one would hope) unintended effects that far outweigh any benefit they might provide.

The fact that stating this position evokes such an emotional backlash, only proves how invested many are in a particular worldview, and how unprepared they are for an alternative to that worldview. There is certainly no real science we are aware of that suggests otherwise, and we have looked.

We experience great bemusement whenever we read or hear arguments supporting the current paradigm of mass vaccination; virtually every single one of those arguments is an exercise of, if not sheer corporate propaganda, then incorrect assumptions, false data, and/or logical fallacies, often multiples piled on top of one another. We usually end up wondering how the ability to think critically about a subject has become so rare.

It is important to remember: we are ALL deeply invested in the health of our society, and especially the health of our children. If we are faced with a conclusion different from ours, we owe it to ourselves to examine the data upon which that conclusion is based, and then reassessing our own conclusion, or not.

For those who are interested in diving more deeply into this topic, there is no end to the online resources, reputable and not-so-reputable. Doing one’s own research, besides honing one’s critical thinking skills, gives the added benefit of a guided tour through the smoke-and-mirrors, logical fallacies and blatant propaganda that are necessary to maintain consensus by those interests that benefit from such.

If you have 3 hours to spare, we recommend the three YouTube videos of Sagar Hallal’s 2013 presentation, “To Vaccinate or Not to Vaccinate”. This presentation, while somewhat dry, explores the veracity, through logic and data, of every reason people have for vaccinating or not vaccinating. Six years later, the evidence supporting the conclusions made in this presentation has only multiplied. We have publicly requested to be made aware of any data that would alter those conclusions, and have heard nothing.

What should one do with this information, assuming it is news? Aside from forgoing any additional vaccinations, or becoming an activist, one can gain deep insight into how toxins affect our bodies, and clues about how to reverse these effects. It shows us how our philosophical relationship with Nature translates into action. It also gives us an example of how to navigate the amorality of the profit-based Western medical paradigm in particular, and the hegemony of our capitalistic Western culture in general.

For vaccines are only one of the things which have been sold to us that are not what they seem. And what is the cost of going along with the herd?

Below is an (ever-expanding) collection of links that can be used to educate oneself about the vaccination issue, and to inoculate oneself against vaccine propaganda.

Link to To Vaccinate or Not to Vaccinate: Part 1, Part 2, Part 3

How to Immunize Yourself Against Vaccine Propaganda

13 Things You Don’t Know About Polio

The Case Against Immunizations

Vaccines, an Appraisal by a Practicing Medical Doctor

Video of an Ethical Practicing Pediatrician Giving the Lowdown

Dozens of Peer-Reviewed Papers Implicating Vaccines in an Array of Childhood Diseases (and please do not be deterred if Google tells you that the page is unsafe. This is corporacratic censorship in action, and it is only getting worse.)

Half of America’s Kids Now Suffer from Chronic Illness

The Real Reason for Excluding Unvaccinated Children from Schools

A Peak into Why We are Really Being Vaccinated

A good portal into an enlightened view on vaccines is the Vaccine Reaction website: https://thevaccinereaction.org/