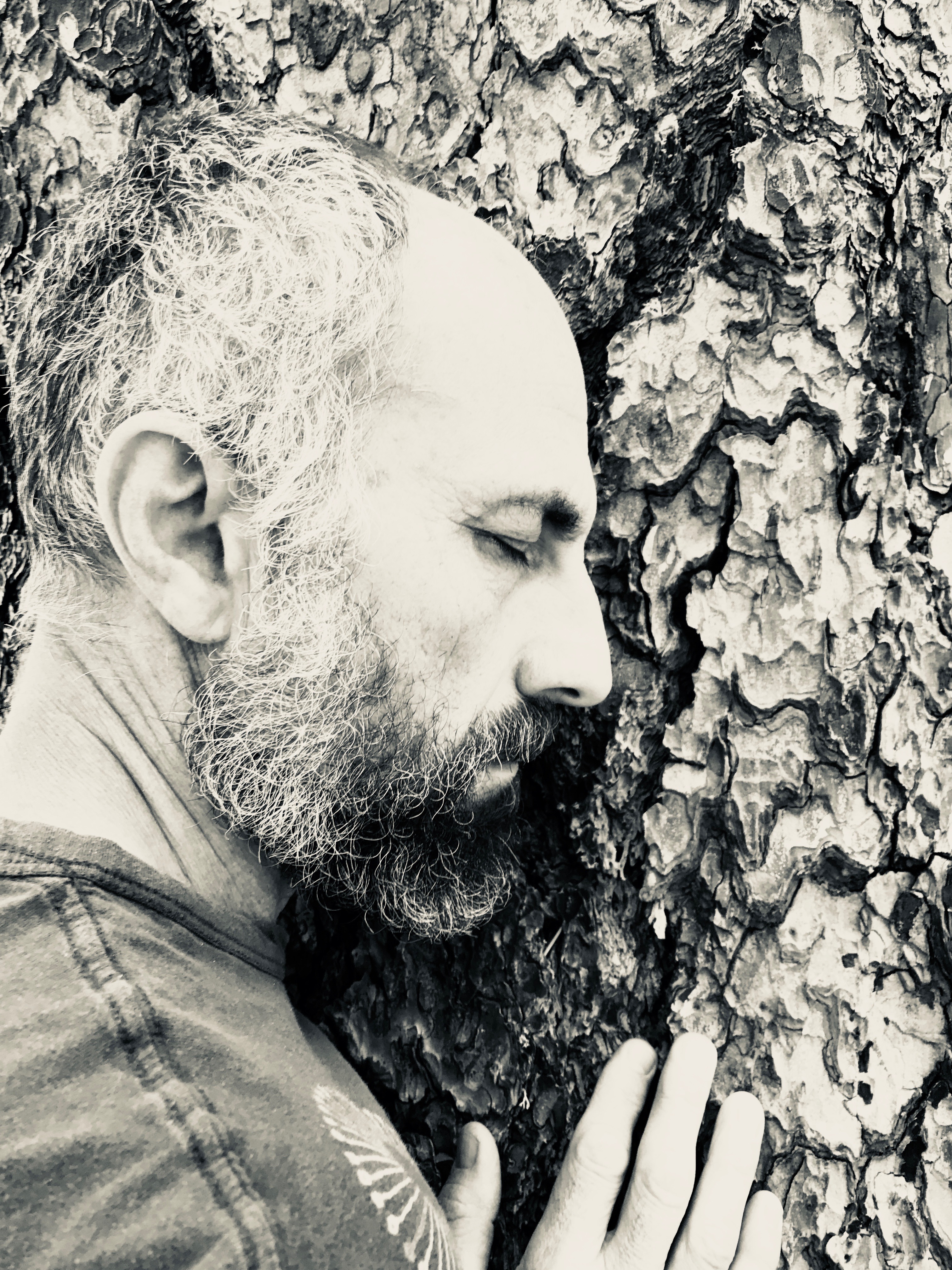 Sagar Hallal is Nicole Wilkerson’s husband, and father to Poppy (7) and Arrow (4). He oversees the food program at New Leaf, and also offers Spiritual counseling, as well as his singular Spiritual development course, Living in Reality.

Sagar was born and raised near the beach in Southern California. His parents were both first generation Americans; his grandparents hailed from Syria and Denmark. Somewhat of a golden child, Sagar was enchanted with sports, surfing and rock & roll music.

By age 35 he found himself on Kauai, where he spent the next 14 years, helping run an Ayurvedic oil distributorship, selling real estate and surfing. After meeting Nicole in Panama in 2010, he relocated to Sacramento, where he now devotes himself to raising their 2 young children (better late than never!) and running New Leaf Ayurveda.

Sagar’s chefery is marked by attention to detail – he began his cooking career as a baker – and a dedication to lively flavors. He grew up surrounded by ethnic and ‘real’ foods, in a time and place when that was unusual. As a young man, Sagar was instrumental in transforming the food culture in his large ashram community, from 70’s ‘Hippy food’, into incorporating the Farm-to-Fork ethos of Chez Panisse and ‘California Cuisine’, and he’s never lost interest in food that is delicious AND healthy.

His Spiritual counseling and his course, Living in Reality, are informed by a potent combination of years of intense spiritual practice, and years of living a “worldly” life. His viewpoint is one of high spiritual principles tempered by the realities of Nature, relationship, and life in a body, and his penetrating insights can be extraordinarily illuminating and transformative.